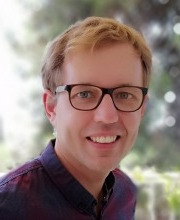 gregor.buss@mail.huji.ac.il
Personal Site
Gregor Buss works on developments in contemporary Christianity, especially on the African continent. He studied catholic theology at Muenster University, Germany, and holds a PhD in theological ethics from Charles University in Prague, Czech Republic. From 2015-2019 he was a postdoctoral fellow of the Martin Buber Society at the Hebrew University of Jerusalem. Since 2016, he has been research fellow at the Truman Institute for the Advancement of Peace. His research interests include: Christianity in the global south, secularization, interfaith dialogue, Catholic Church and socialism. His current book project deals with the controversy between moral universalism and relativism.
Interests:
History & Ethics of International Development