In [1] I introduced the notion of exotic heat machines (X machines, in short). These machines used thermal resources such as work repository ("weight"), and thermal environments (possibly very small ones) for executing a non-thermal task. Imagine that we have an extended weight of finite size. Instead of lifting it we want to deform it to a different shape. It is possible that the final shape has the same internal energy as the initial shape. This implies that on average no energy is needed to do the deformation. Does this mean that any deformation is possible? No. By applying forces on microscopic a quantum weight (e.g. a few spins or oscillators) the allowed operations are restricted to unitary operations which follow from the Schrodinger equation for isolated systems. By allowing  our weight to interact with some external environment the possible set of transformation (deformation) drastically increases. Nevertheless, we expect that the set of allowed transformation will be limited by the initial temperature of the environment and its finite (possibly very small) heat capacity. 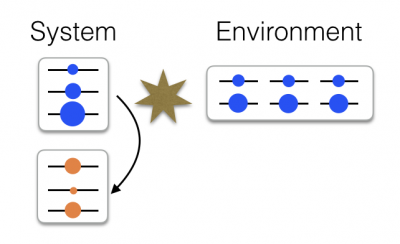 In the figures above we see simple examples of exotic heat machine setups. In the left figure, the "weight" we want to deform is a three-level system that is initially in a thermal state. The task of the machine is to reduce the population of the second level as much as possible. It can do so by interacting with a microbath composed of three initially thermal spins. The machine itself is not visible in this figure. The machine is the interaction protocol we execute (the global unitary transformation) to depopulate the second level as much as possible. In the second example (right figure) the system is composed of two spins that is initially correlated. The task of the machines is to make them as correlated as possible in the energy basis.

Even in these two simple examples that involve only a few particles with just a few levels, it is hard to answer two crucial questions:

These questions drive me to think about the next generation of heat machines. Moreover, they compel us to expand the limits of thermodynamics into an exciting yet unexplored regime.

END_OF_DOCUMENT_TOKEN_TO_BE_REPLACED 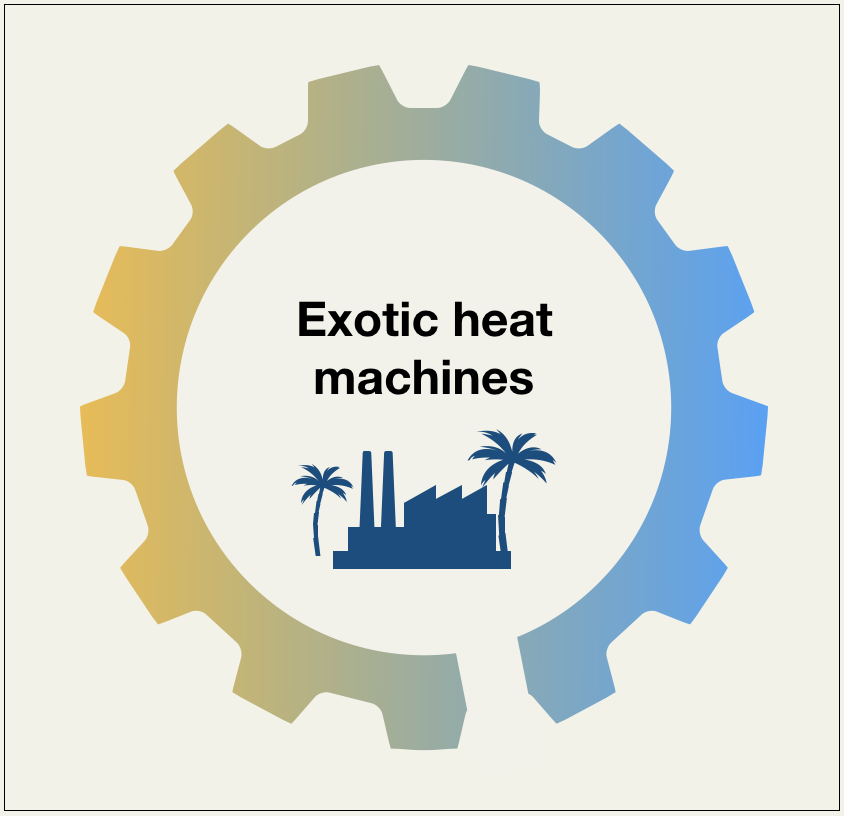