A second problem with the second law is that involve very specific quantities heat, entropy and temperature. The heat is the change in the average energy of the bath and the entropy related to the information content in the system. In the microscopic world this is useful since change in energy and entropy can be used to determine the new state of the system according to the equilibrium equation of state. However, in the macroscopic world we can now measure very fine details, for example the population of a specific energy level of a specific particle. Such quantities do not appear in the second law and it not clear if and to what extent thermodynamics constrains them. Fine-grained quantities and their thermodynamic constraints are directly related to the performance of exotic heat machines (X machines).

In [1] I used the local approach to find, in some scenarios, constraints that have the form of the second law the related changes in higher moments of the energy to alternative measures of information. The Shannon/von Neuman entropies are extensive information measures. However, higher moments of the energy are not extensive, so it makes sense that information in new energy-information relations will be non-extensive as well. In [1] these relations were used to gain insight into blind spots which are not addressed by the standard second law. These new energy-information relations are fully compatible with quantum dynamics. Unfortunately, the regime of validity of these inequalities has not been fully mapped yet - only specific classes of scenarios where they hold has been identified.
To the best of my knowledge, this is also the first use of the Bregman divergence in physics. This is a powerful mathematical tool that is well suited for microscopic thermodynamic investigation.

In [2] I undertook a completely new approach to the second. I introduced the concepts of global passivity and found that it broader and deeper than the second law. First, it fully retrieves the standard second law if we restrict it to the regime of validity of the second law (e.g. all elements must be initially uncorrelated). Second, it yields a more general form that holds even in the presence of initial quantum correlation between the elements. Third, it produces a family of inequalities on higher moments of the energy where the second law is just one of them. In this paper I thought of a new use for inequalities on higher order moments. In the same way Maxwell's demon violates the second law if it is taken into account, these new relations also break down in the presence of feedback (demon). There are however demons, called lazy demons, that cannot be detected by an apparent violation of the second law but can be detected by these new global passivity inequalities. This give rise to the interesting question if all feedback operations even the faintest ones can, in principle, be detected by some thermodynamic principle.
A more practical variant of this question concerns hidden heat leak detection imagine a quantum computer or some other small system that is supposed to be isolated from the environment. Is it possible to detect tiny heat leaks in cases where the energy balance is impossible to track since the system is aperiodically driven? Once again, we have demonstrated in [2] that the higher order passivity inequality can detect smaller heat leak compared to the second law.

Both of these approaches ([1]&[2]) are explained in [3] along with a broader view of the second law in microscopic setups.

In my research, I plan to extend the finding in [1,2] and overcome the deficiencies of the current results.

END_OF_DOCUMENT_TOKEN_TO_BE_REPLACED 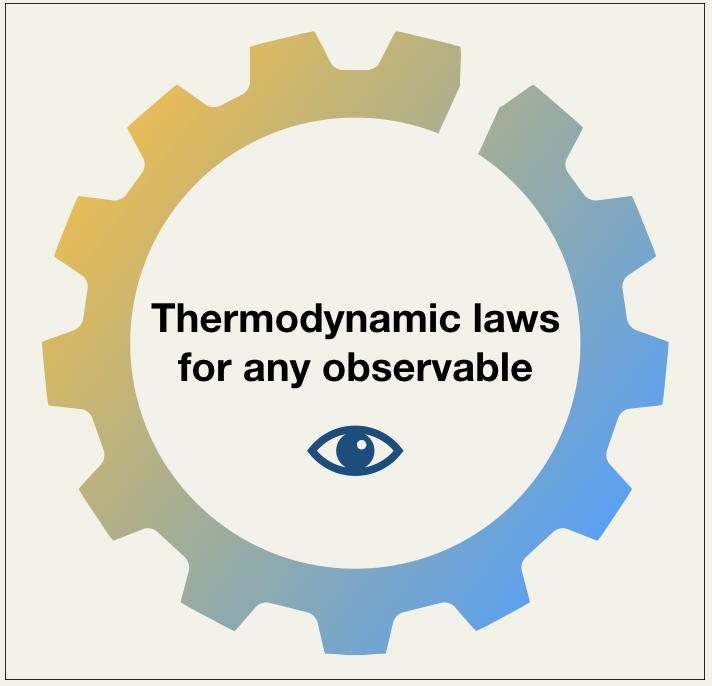