Doing theory for the sake of theory is fun but in our group we try to keep a close kinship to experiments. We aim to come up with surprising measurable predictions, and to develop thermodynamic tools that can be used in the lab.

The motivation for developing classical thermodynamic theory came from the need to explain the behavior of existing devices: steam engines. In contrast, presently in the microscopic world (excluding biological machines) heat machines are mostly designed and constructed to demonstrate physical effects. Thus, experiments are mostly guided by theory and not the other way around as it was in classical thermodynamics. This is not necessarily a bad thing, but it is desirable to give experimental research in quantum thermodynamics a life of its own regardless of theoretical investigations.

My Bachelor's degree is in electrical engineering, and in my Master degree I've carried out an experiment in nonlinear optics. Therefore, it important to me that theory will be related to measurable quantities and not just formal results in some abstract mathematical space (all those these are nice to have too). After coming up with some theoretical result I ask myself "what can an experimentalist do with this result?" 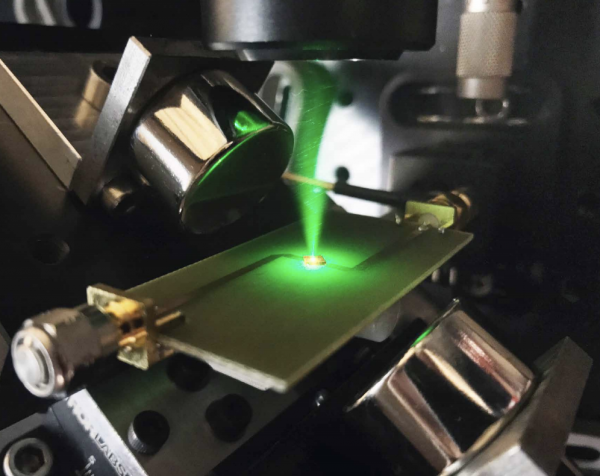 In [1] I collaborated with the experimental group of Ian Walmsley in Oxford to experimentally observe quantum heat signatures and the heat machine equivalence principle. The platform was Nitrogen vacancies in diamonds that were subjected to magnetic fields in order to have the desired energy level structure. The NV centers are pumped by the green light (see the picture above) and combined the red fluorescence they create population inversion that can amplify the microwave radiation that is guided in the microwave strip.
The population inversion is created by a Markovian environment and therefore this machine is indistinguishable from a thermally activated maser. Since the pumping and the microwave can be switch on and off it is possible to implement two different type of heat machine in this setup: two-stroke machine and four stroke machine. According to the prediction in [2] in the limit that "engine action" is much smaller than h bar, all engine types become equivalent when averaged over a cycle (see details in quantum thermodynamic signature). Moreover, they were able to demonstrate the first quantum thermodynamic signature. By measuring heat flows they were able to deduce there is some quantum agent in the machine as no stochastic machine with similar parameters can produce this much power.

The experiment was carried out by James Klatzow under the guidance of Eilon Poem who also designed the initial setup (which was later significantly improved by James and the other coauthors).

In [3] I had a different type of collaboration with experimentalists. After doing most the theory I contacted S .Gasparentti (ETH) and R. Ozeri (Weizmann Inst.), in order to examine the feasibility of experimental realization in superconducting circuits and trapped ions. As described in the paper, they worked out practical schemes for observing the signatures of small Markovian heat baths that is predicted in the paper.

For proofs of principle, we are currently investigating the capabilities of the IBM superconducting chip (IBM Q experience). However, with the development of the field, I envision superconducting chips (or the analog of it, in a different technology) that are specially designed for quantum thermodynamic experiments.

END_OF_DOCUMENT_TOKEN_TO_BE_REPLACED 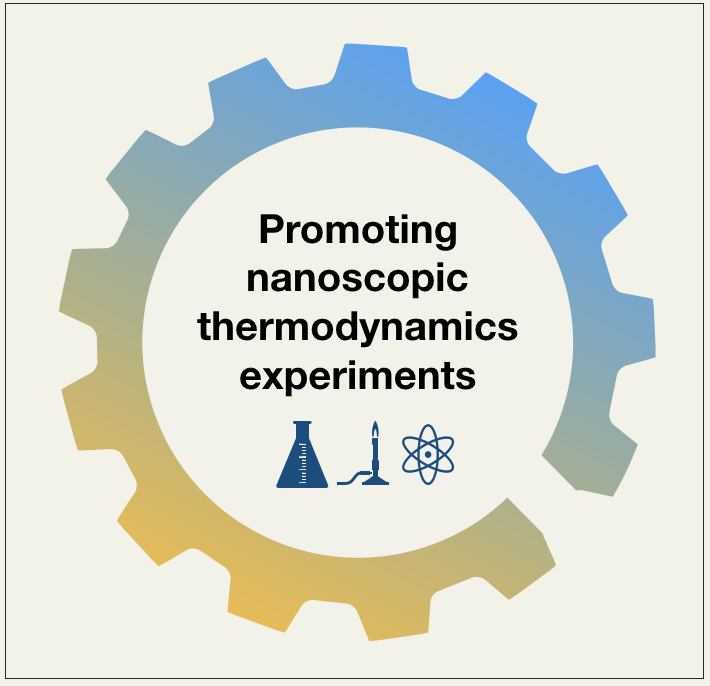